This unique collaborative effort between two uniquely gifted musicians is bound to be a revelation to traditional music fans on several counts. Rob Ickes is a longtime, well-established instrumental giant, and Trey Hensley is newly arrived in Music City, bursting with talent both as a vocalist and guitarist. Their new album, Before the Sun Goes Down, is slated for release this winter.

From his powerful yet sympathetic vocal interpretations of traditional and contemporary material to his jaw-dropping instrumental skills on both acoustic and electric guitar and considerable songwriting talents, Trey Hensley is bursting at the seams with freshness and musical excitement. His resonant baritone voice is rich, expressive, and equally at ease with classic bluegrass, traditional country, and original compositions. Raised in Jonesborough, Tennessee, Trey began playing guitar and singing when he was 10 years old. Invited by Marty Stuart and joined from the wings by Earl Scruggs, Trey Hensley landed on the Grand Old Opry when he was only 11. To this day, Marty Stuart remains a fan and booster. Trey has already in his young life played with Johnny and June Carter Cash, Charlie Daniels, Ricky Skaggs, Steve Wariner, The Oak Ridge Boys ,and Janie Fricke. He’s appeared on bills with Sara Evans , Charlie Daniels, Peter Frampton, Randy Owen, Steve Wariner, and Marty Stuart, and has appeared before President George W. Bush, First Lady Laura Bush and Vice President Cheney.

Rob Ickes has been playing bluegrass with his much-decorated band Blue Highway for over twenty years, during which time he has been adjudged Bluegrass Dobro Player Of the year fifteen times. Rob has played on countless sessions, recording with artists such as Merle Haggard, Dierks Bentley, Patty Loveless, and Alison Krauss. He has also helped form a jazz –oriented trio, Three Ring Circle, along with Andy Leftwich and Dave Pomeroy. His most recent album Three Bells is a true dobro summit, collaborating with fellow greats Jerry Douglas and the late Mike Auldridge. He even once received a surprise phone call from admirer, jazz guitar and harmonica master Toots Thielemans! In Before the Sun Goes Down, the listener will have the chance to view Rob Ickes, by now an acknowledged master of the dobro and lap steel guitar, outside of the box.

Rob has been a supporter since he first heard Trey, a happening that came about in an unusual way. He became aware of the young man’s enormous vocal talent when he heard his scratch vocal (suggested by the album’s engineer) on Rob’s band Blue Highway’s album The Game. Wayne Taylor and Tim Stafford of Blue Highway penned the song “My Last Day In The Mine.” The band had initially hoped to have a prominent lead singer outside the band to perform a guest vocal of the song for the album but found themselves falling in love with the youthful Trey’s evocation of the world-weary working man’s fears of leaving the only job he’d ever known. Trey was 22 at the time. Trey’s vocal was used on the completed product and has since received considerable positive notice, as has the entire album. Shortly thereafter, Trey and his wife Amber relocated to Nashville, and Rob has been showing Trey the ropes.
Before the Sun Goes Down promises to be a breath of fresh air on the country music scene today while bringing traditional country and bluegrass music to the forefront. Accompanied by some of the finest, most accomplished musicians in Nashville , Rob and Trey tackle a diverse group of songs, put a fresh spin on some old ones, polish up some more recent hits, and offer up an original from Trey – all the while drawing influence from artists as diverse as Jimmy Martin, Merle Haggard, Waylon Jennings, Billy Joe Shaver, Bill Monroe, Lester Flatt & Earl Scruggs, Buddy Emmons, Jimmie Rodgers, and Bob Wills. In addition to Rob, Trey’s sterling vocals are bolstered by a band which includes Aubrey Haynie or Andy Leftwich on fiddle, the ubiquitous (and mighty fine) Nashville acoustic bassist Mike Bub, and drummer John Gardner. Others featured are Jon Randall, Susanne Cox, Dan Tyminski, Shawn Lane, and Ron Block.

Before the Sun Goes Down was recorded mostly live with minimal overdubs, fixes, punch-ins, or even very many takes, and with all the musicians in one room in only a few days of studio time. Rob, the driving force behind the album and the man largely responsible for its creation, says that his favorite albums by the pioneers of the music, the ones that made him want to make music in the first place, were made in the same manner. The spontaneity and sheer joy of creation among a small group of master musicians is palpable in listening to the completed product. 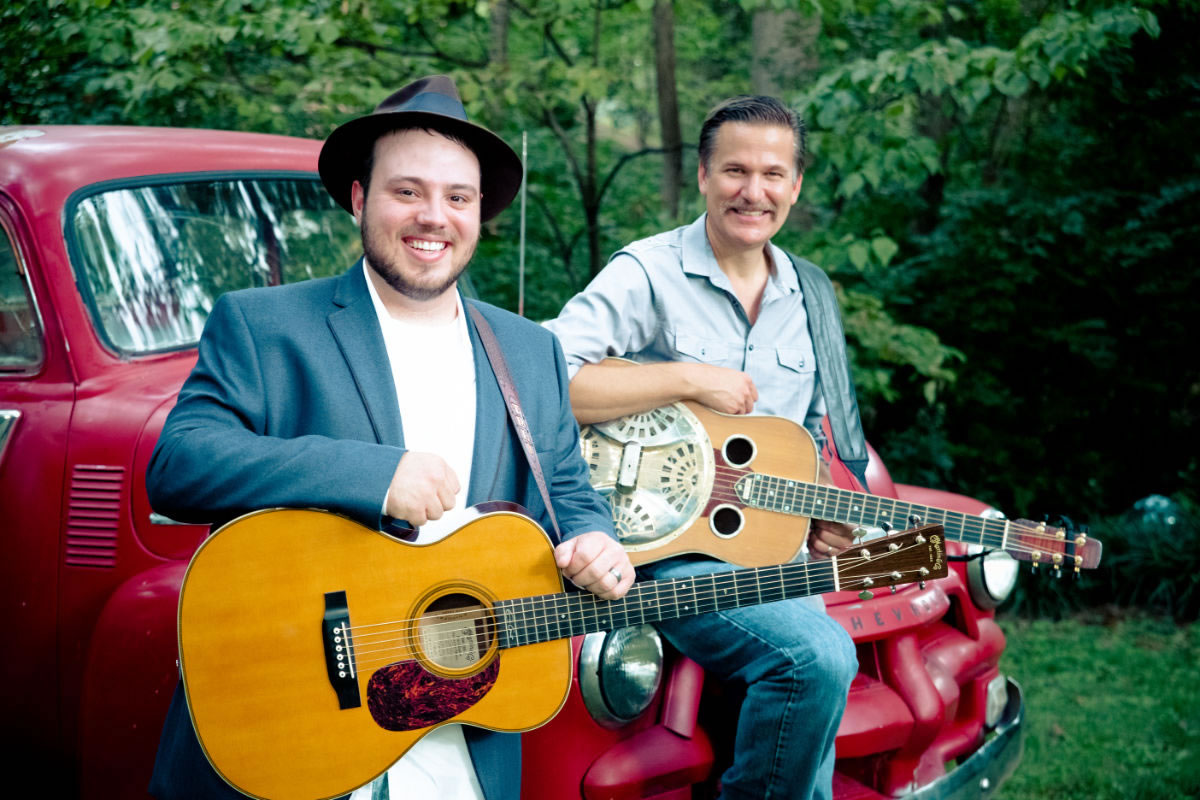